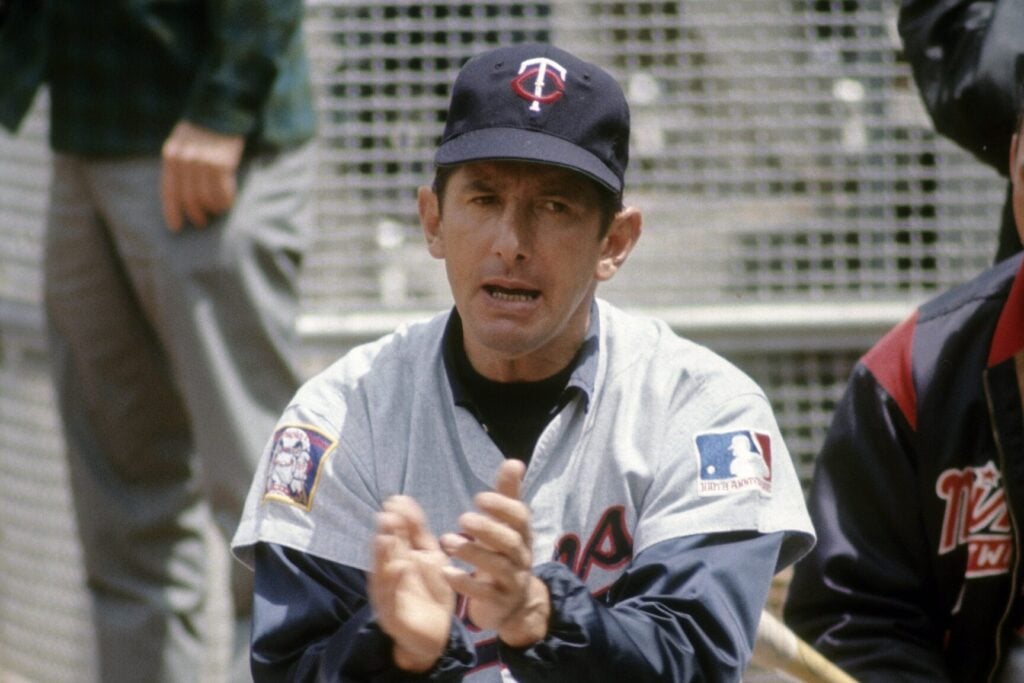 Disclaimer: Please do not try any of this at home. Really.

It was a summer night in 1969, and Billy Martin and some of his Minnesota Twins players gathered at a bar in Detroit. One of the players there was Dave Boswell, a 20-game winner that season who claimed he was good at two things: pitching and fighting.

He was not in the mood to pitch.

Earlier that day, Boswell was supposed to have run 20 laps for conditioning, but he walked off the field after only two, complaining of a sore, blistered foot. When Martin learned of the incident from his pitching coach, he confronted his young pitcher, which pissed Boswell off. Both Boswell and Martin had a history of baseball-related fights; in fact, just a few years earlier, Boswell had challenged Martin to a fight, but Martin walked away, he said, because “a coach can’t hit a player.”

Apparently, it was more suggestion than rule.

As Boswell left the bar, he passed Martin and opened his mouth a “little loud,” but only because his manager was “making a big thing out of nothing.”

What followed cannot be made up: An enraged Boswell knocked out a teammate who had tried to calm him down outside the bar. An also-enraged Martin then knocked out Boswell. There were chipped teeth, black eyes, bruised ribs, more than 30 stitches and a whole lot of public dysfunction for a first-place team that had just beaten the Tigers a few hours earlier.

And it all happened because of a mostly forgotten prank known as the hotfoot.

At its core, a hotfoot is the act of burning a shoe while it is on someone else’s foot. Under that broad umbrella, however, exist various subcultures.

For example, Pete Incaviglia, a former outfielder with the Rangers and Phillies, carried around a squeezable mustard bottle filled with alcohol. He would walk by a teammate, squirt alcohol on his shoe and toss a match. Bert Blyleven, a baseball and hot-foot hall of famer, liked to light shoelaces on fire. Later in his career he preferred butane lighters for “better distance and accuracy.” Roger McDowell, the former Met who was called the “master of the hotfoot” and “Mr. Hotfoot himself,” developed a complex contraption that included matches, a cigarette and either chewed bubble gum or extra-strong gaffers tape to hold it all together on the heel of a shoe.

By most old accounts, the hotfoot was popularized by Pete Reilly, a boxing manager in the ’20s and ’30s who denied he’d invented the prank but claimed to have been the first — and perhaps only — person to hotfoot a fighter in his corner between rounds.

Jack Dempsey, the former heavyweight champion, claimed in 1941 to have given more hotfoots than any man alive. As a newspaper reporter wrote, “It is impossible for him to attend a public function without getting down on all fours — even when he’s in full dress — and crawl beneath tables to give hotfoot after hotfoot.”

All the great hotfoot artists shared that trait, a willingness to set aside societal norms and crawl on the ground like large children to strike their targets.

One year, Blyleven was playing a game in Seattle. His old teammate, Phil Roof, was the Mariners’ bullpen coach, and, rather unwisely, Roof had told Blyleven that he could not be gotten. So Blyleven did a little research on the Kingdome. He learned that from the dugout he could travel underneath the seats, then inch forward on the ground to reach Roof in the bullpen.

“I went and got a hanger and extended it as far as I could, put some matches on the end of it, and I’m crawling on my hands and knees with the rats, I’m getting filthy,” Blyleven said. “I had to make sure they were his shoes and not some reliever’s. The phone rang and I could hear Phil’s voice and I said: ‘I got him.’

“It took me a couple innings. I hit my head numerous times, but it was worth it. I came out of there with our gray uniform almost black, but I accomplished my goal for the day.”

When Howard Johnson was with the Mets, he and McDowell would team up to get first-base coach Bill Robinson, their favorite target. What took the pair’s hotfoots to the next level was the time-bomb element of their homemade contraptions. McDowell laid out how and Johnson made the devices:

• Take an unlit cigarette, a box of matches and gaffers tape
• Wrap the matches around the cigarette with the gaffers tape (gum can be substituted, although it must first be chewed thoroughly to create maximum stickiness)
• Light the cigarette and let it burn a little so it is not so long it touches the ground when put in place.
• Place the cigarette and matches on the heel of a teammate or coach’s shoe. It must be placed firmly enough that the tape sticks but not so firmly that the teammate or coach will feel it. “It’s a very precise thing,” McDowell said.
• Once placed, sit back and wait for the cigarette to light the matches, igniting a “little ball of fire.”

If everything worked out just right — if it all came together perfectly — McDowell would place the device on Robinson’s shoe while Robinson was in the dugout, the cigarette would burn long enough so Robinson had time to take the field and, boom, the matches would ignite. This happened once, in Philly, leaving Robinson “dancing around trying to put it out during the game.” McDowell and Johnson were so prolific that they actually filmed a how-to video for the Mets.

There was no video of the time Clint Hurdle hotfooted the late, great reliever Dan Quisenberry, his Royals teammate. On the night in question, Quisenberry had broken a team record, and a crowd of reporters circled him in the clubhouse after the game. Hurdle had previously tried to get Quisenberry to let fly a few cuss words, but he hadn’t had any success. So in the clubhouse, while Quiz was being interviewed, Hurdle gave it another shot.

“I crawled across the floor, through the thicket of ankles, and gave him a hotfoot — three matches held together by a piece of bubble gum,” Hurdle wrote in the Orlando Sentinel in 1980. “It burned him. I mean, burned him physically. Actually scorched his socks. He came out of there screaming, ‘YEOOOOOOOOWWW!!!'”

Hurdle was hoping to get at least “one little damn” out of his teammate, he wrote. “But not Quiz.”

There was always an inherent risk with the hotfoot. Blyleven once burned a dime-sized hole in Chuck Finley’s shoe. Joe Magrane gave one of his Cardinal teammates a hotfoot and the blaze spread to the dugout. Another time, he accidentally set a rubber mat on fire in the dugout that he said, “wasn’t a big deal, only a two-alarmer.” Moe Drabowsky was so indiscriminate with his hotfoots that one time he set a writer’s pants on fire. Another time, after the Orioles won the World Series, he got baseball commissioner Bowie Kuhn in the clubhouse.

“I snuck up and put a book of matches underneath his shoes,” Drawbowsky told the Vancouver Sun. “Then I got some lighter fluid and made a trail of it from his shoes to the trainer’s room. Then I lit it. All 20 matches ignited. Bowie looked like a battleship going down in the Pacific.”

The hotfoot even made its way to politics: Democratic chairman Paul Butler reportedly hotfooted congressional Democrats while in session. 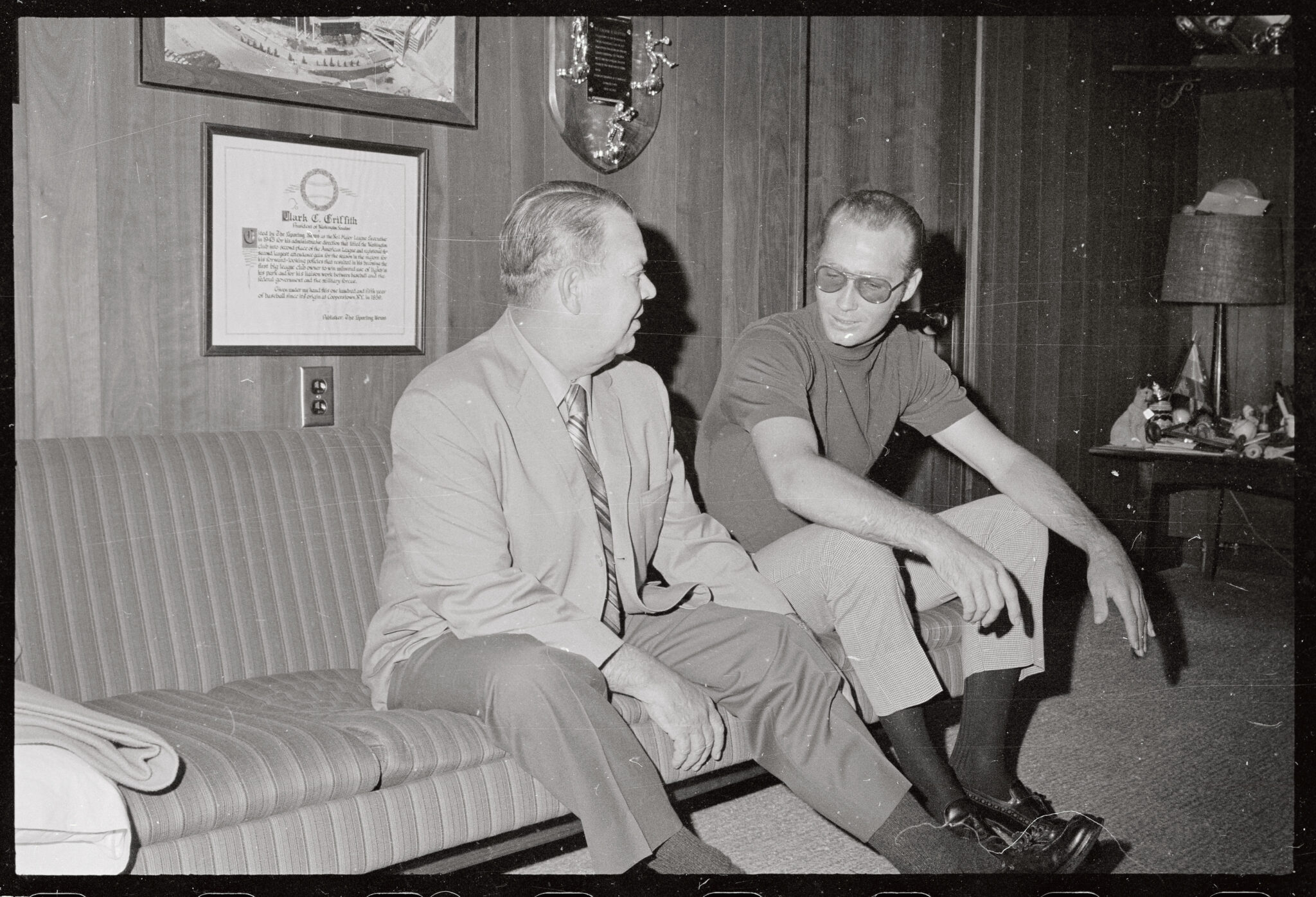 But no hotfoot had as much fallout as the hotfoot Billy Martin gave Dave Boswell.

That was what Boswell said anyway in an interview years later with the New York Daily News: that Martin had given him a hotfoot in the clubhouse, which gave him a blister on his foot, which made him unable to do his conditioning.

When Boswell left the bar in Detroit, his teammate, Bob Allison, followed him, hoping to calm him down. Instead, Boswell punched him so hard he “knocked his $150 alligator shoes off.”

Martin laid out of the sequence of events in great detail a few days later: “Some people came in and told me what was going on outside, and when I got there, Boswell ripped off his shirt, came after me and hit me in the temple and the ribs. I held on for a minute and then started to hit him in the stomach. I worked up and hit him in the mouth, nose and eye. He bounced off the wall, and I hit him again, and he was out cold before he hit the ground.”

Perhaps it is best that the hotfoot has mostly faded away, though it is not forgotten entirely; on the day Blyleven was inducted into the Baseball Hall of Fame, Tigers pitcher Justin Verlander performed a fitting tribute.

Users browsing this forum: No registered users and 2 guests