M.L.B.’s Efforts to Return to the Field Could Take the Game Back to 1994
The potential for labor strife has loomed over plans to put teams on the field this summer, threatening the sport with a potential long-term decline. 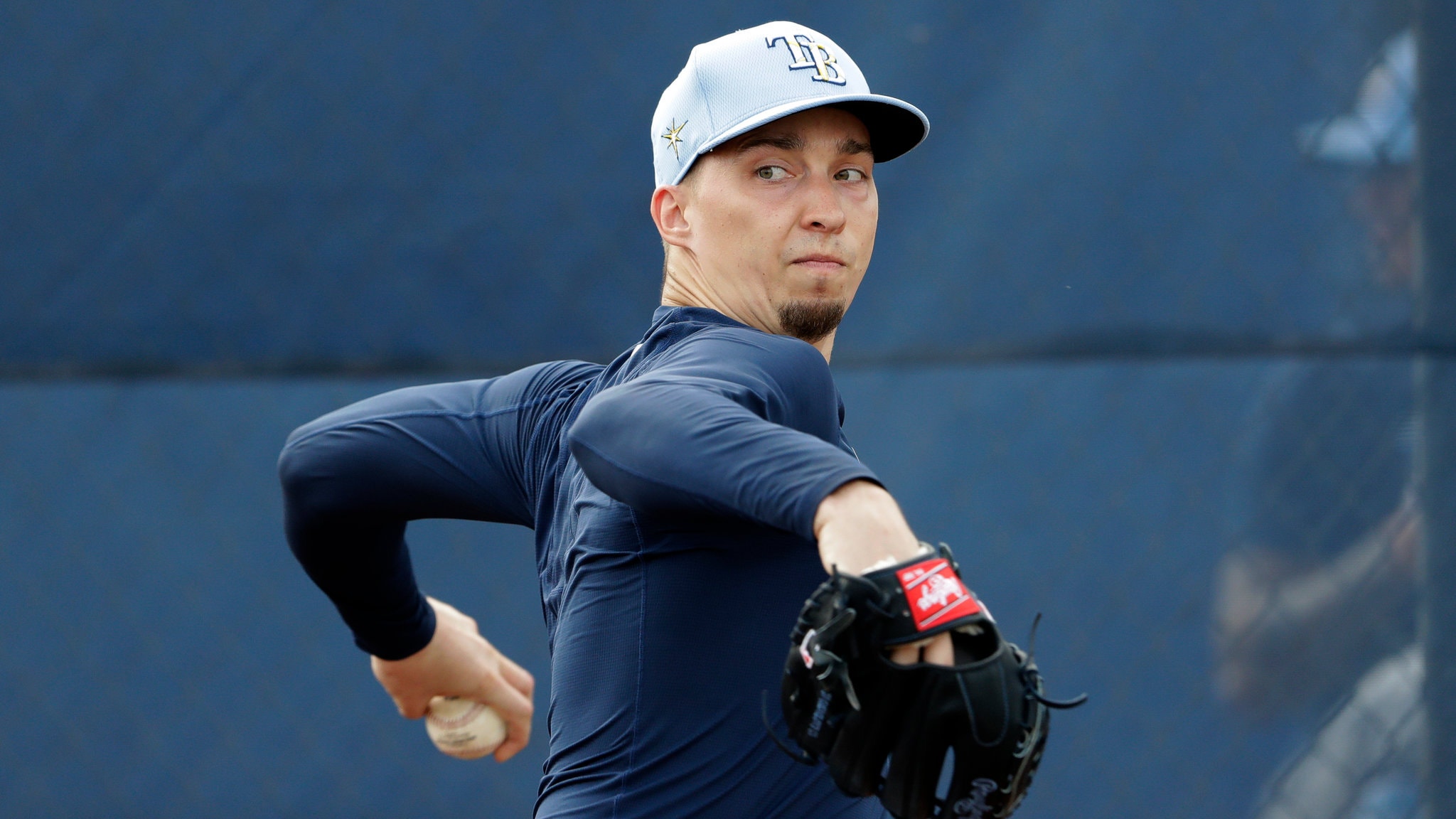 Tampa Bay Rays pitcher Blake Snell has said that players’ pay should reflect the fact that they are risking their health if M.L.B. returns this year.


The best way to sell a product is to convince people that they need it. This concept fuels the overriding fear within Major League Baseball these days. The coronavirus pandemic shut down the league just before the regular season would have started. If baseball remains on hold until 2021, many people will learn to live without it. They will not need the product.

Maybe things would not play out that way. Maybe a 17-month gap between Game 7 of the 2019 World Series and the 2021 opening day would make people so desperate for baseball that they would return in record numbers. But those with long memories doubt it.

If baseball does not return until 2021, the gap between games would be twice as long as the eight-and-a-half-month absence during the strike that canceled the World Series in 1994. Teams averaged 31,256 fans per game before the strike and did not reach that level again for 12 years. People found other ways to spend on entertainment.

Yet the players and team owners appear headed for another labor impasse that could scuttle what might remain of the 2020 season. The league wants to split any revenue 50-50 with the players’ union, which views the idea as akin to a salary cap — the sticking point in the 1994 strike.

Unlike their counterparts in other major sports, baseball players have resisted firm limits on team payrolls. They seem as committed as ever to that principle at a time when returning to the game could endanger their health.

The sides agreed in March to “discuss in good faith the economic feasibility of playing games in the absence of spectators,” but so far the league has not made a formal economic proposal.

While the N.B.A. and the N.H.L. have played most of their seasons, and the N.F.L. opener is still months away, baseball needs an agreement soon to avoid a protracted and painful disappearance.

Any proposal for a season this year would have to include a ban on spectators, at least early on. But whenever the game returns in full force, the effects of the pandemic on the economy presumably will limit fans’ ability to spend. And if players and owners scuttle this season over finances, that could devastate a sport that has already experienced four consecutive seasons of declining per-game attendance.

Even with that drop — to an average of 28,198 fans per game — baseball has been thriving, largely because of media rights. Gross revenues have risen annually for 17 years and reached $10.7 billion in 2019. Each owner sits atop a gold mine: Since the end of the World Series, the Kansas City Royals have sold for $1 billion, and the Wilpons nearly sold the Mets for $2.6 billion.

But on CNN Thursday night, Commissioner Rob Manfred said the owners could lose $4 billion without a season in 2020. He also said that, in the 82-game season the league has proposed to the players’ union, games would go on even if a player tests positive for the coronavirus.

“Nothing is risk-free in this undertaking,” Manfred said during the network’s “Global Town Hall” with Anderson Cooper and Dr. Sanjay Gupta. “We’re trying to mitigate that risk with the repeated point-of-care testing to make sure that people who have had contact have not been exposed, and by obviously removing those individuals that have a positive test. They will be quarantined until they have two negative tests over a 24-hour period.”

The league, which has converted the Utah laboratory it uses for performance-enhancing drug testing into a coronavirus testing hub, will soon formally present to the union an 80- to 100-page document detailing health protocols for a return in early July, after two weeks or so of training. It must satisfy the players that returning will be worth the risk.

That may not be easy. Dr. Preeti Malani, the chief health officer for the University of Michigan and a professor of medicine in the division of infectious diseases, emphasized the many unknowns related to the pandemic.

“There are some things we do every day that require risk — we get in a car and drive, getting in an airplane and flying. We can kind of quantitate that risk in our minds,” said Malani, who is not working with M.L.B. but has been advising the Big Ten Conference commissioner as part of a task force on sports issues related to the pandemic. “With coronavirus, we don’t have a good quantification of risk. It feels like it’s pretty dangerous sometimes, and other times it feels like maybe it isn’t a big deal. We’re still at such an early point in the epidemic that we don’t have good numbers.”

Even if M.L.B. convinces the union that it can create a safe workplace, the sides would then have to bridge their philosophical divide on finances. Players agreed in March to prorate their salaries based on the number of games played, and now M.L.B. wants the players to share in the expected losses from holding games without fans.

If M.L.B. persists with its revenue-sharing idea, it stands to reason that the players would hold firm against it; guaranteed salaries in a free market are the underpinnings of their union. Owners do not give unexpected profits to players, the thinking goes, so why should players give back money to help owners cover unexpected losses?

The union has asked the league to see more detailed financial information, but if the league provides it, it would probably prompt another thorny conversation about just what constitutes baseball-related revenue. What about team-owned businesses around a ballpark, for example, or profits from M.L.B.’s lucrative advanced media company?

This group of players has never been on strike, but some union officials were active in the 1980s, when owners illegally colluded against free agents, and in 1995, when owners used replacement players in spring training. The players, then, have a natural skepticism toward owners, and the health crisis adds another layer of concern.

The Tampa Bay Rays’ Blake Snell gave voice to the players’ mind-set on his Twitch stream this week.

“I’m not splitting no revenue. I want all mine,” Snell said. “Bro, y’all gotta understand too, because y’all going to be like, ‘Bro, Blake, play for the love of the game! Man, what’s wrong with you, bro? Money should not be a thing.’ Bro, I’m risking my life. What do you mean it should not be a thing? It 100 percent should be a thing.”

Snell explained that the players would already make far less money than their contracts call for (because the season would be shorter) and would be asked to assume a higher risk.

The players would stand to lose billions without a season, but so would the owners — and that is only for this year. If the sides satisfy the health question but kill the season over money, the long-term impact could be catastrophic.
0 x
-------------------------
T15D23

Users browsing this forum: No registered users and 9 guests