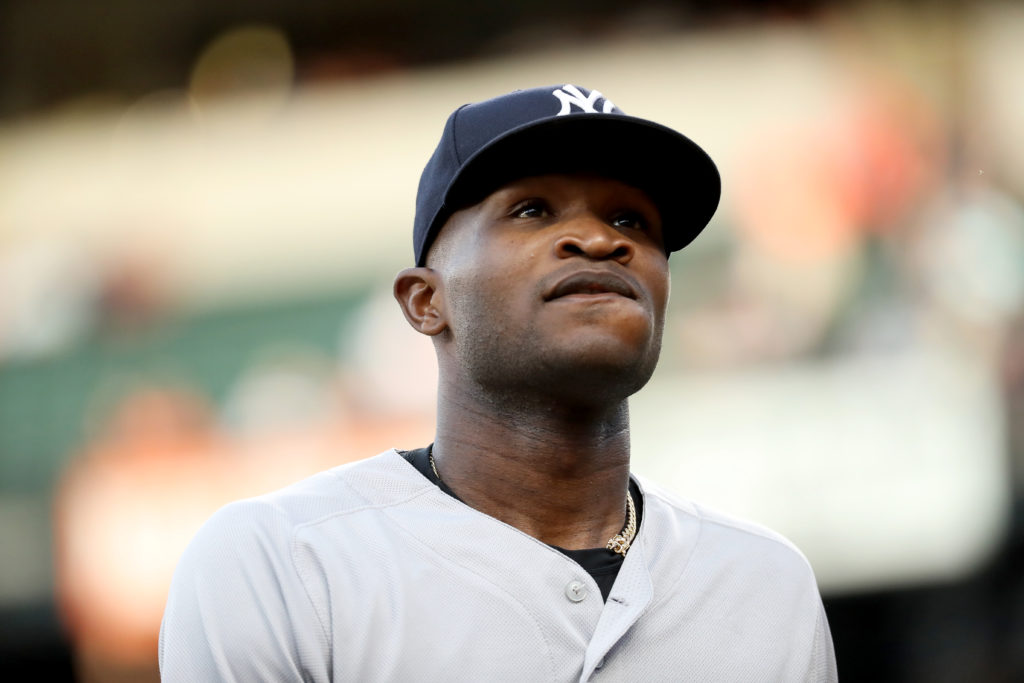 Domingo Germán will miss the first 63 games of the 2020 season as part of an 81-game suspension issued under the joint MLB-MLBPA domestic violence policy. The suspension, which was announced Thursday, is retroactive to September 2019; Germán missed nine regular-season games and nine postseason games following the initial investigation. He will be eligible for the 2020 postseason.

The Yankees’ right-hander, who had a breakout season in 2019 before he was placed on administrative leave in September once the alleged incident was reported to the league, declined to issue a statement in a press release issued Thursday.

MLB and MLBPA announced Germán, 27, will not appeal the suspension. Typically, the two sides attempt to come to a settlement regarding player suspensions before they are finalized.

Germán’s suspension is now the fourth-longest punishment issued under the MLB-MLBPA policy, which was codified in 2015. Yankees closer Aroldis Chapman was the first player suspended under the policy in 2016; the pitcher received 30 games.

The investigation into Germán began in September after an incident was reported directly to MLB the day after it is said to have occurred. Earlier in the evening, Germán was with many of his teammates at a gala event for CC Sabathia on Sept. 16. The incident for which Germán was suspended did not take place at the gala, contrary to early reports last September, but afterwards at his home in Westchester County, New York.

As of now, there is no police report on the matter.

After an initial investigation, MLB placed Germán on its administrative leave list and made him ineligible for the 2019 postseason. The Yankees are said to have been highly cooperative throughout the investigation process.

MLB holds jurisdiction to suspend a player even if there is no police report filed. Germán’s suspension is the longest issued under the policy without police involvement. The league’s investigative unit handles the formal inquiry into an allegation. In Germán’s case, the allegation was reported directly to the league by a third party.

In a statement, the Yankees said: “We remain steadfast in our support of Major League Baseball’s investigative process and the disciplinary action taken regarding Domingo Germán. Domestic violence — in any form — is a gravely serious matter that affects every segment of our society. Major League Baseball has taken the lead in our industry to make domestic violence awareness and prevention a priority, and we will continue to back those efforts. We are encouraged by Domingo’s acceptance of his discipline, and we sincerely hope this indicates a commitment to making a meaningful and positive change in his personal conduct.

“As per the Basic Agreement’s Joint Domestic Violence Policy, the Club will have no further comment on this matter and refer all questions to the Office of the Commissioner.”

Germán helped carry the Yankees through the first half of their 103-win season in 2019, finishing his season with a 4.03 ERA. Their rotation going into 2020 is much more formidable than it was in 2019, with Gerrit Cole beginning his New York career and Jordan Montgomery returning from Tommy John surgery.

The Yankees have Germán under club control on his rookie contract, and he will not be arbitration-eligible until 2021. Their options for handling his place on the team going forward are delicate. The MLBPA has the right to file a grievance against any club that releases a player suspended for domestic violence after he has served his suspension, though they have yet to do so in the few cases (the Rockies and José Reyes, particularly) where that has been the outcome.