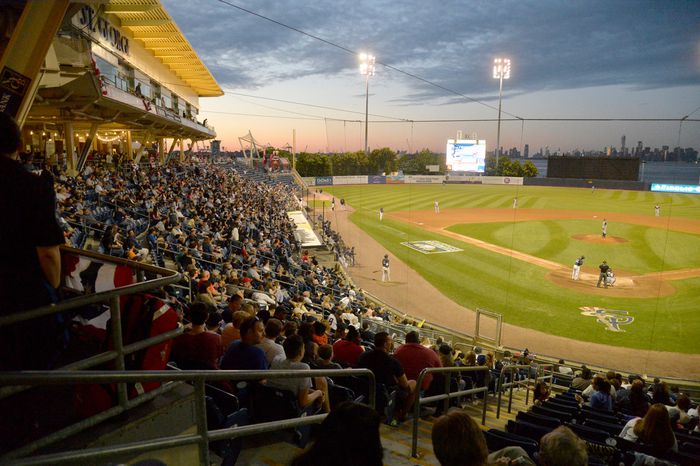 In addition to the 38-game schedule the Staten Island Yankees play at the Richmond County Bank Ballpark, the hope is to add such things as charitable events and entertainment dates to the St. George venue. (Staten Island Advance)

Major League Baseball is aiming to restructure its agreement with Minor League Baseball and one radical proposal could alter the lower levels of pro ball, possibly completely eliminating the New York-Penn League and its member franchises, including the Staten Island Yankees, according to Baseball America.

Under a new proposal revealed Friday, MLB wants to reduce by 42 the number of teams at the lower-level of the minor leagues. Single A Short Season leagues like the New York-Penn League, which the Staten Island Yankees are a member, and the Appalachian League would be targeted for elimination.

The Professional Baseball Agreement (PBA) between Major League Baseball and minor league teams expires at the end of the 2020 season, according to Baseball America.

The proposal would significantly change the landscape of minor league baseball, bringing the total number of teams to around 120 from 162.

“From the perspective of MLB clubs, our principal goals are upgrading the minor league facilities that we believe have inadequate standards for potential MLB players, improving the working conditions for MiLB players, including their compensation, improving transportation and hotel accommodations, providing better geographic affiliations between major league clubs and their affiliates, as well as better geographic lineups of leagues to reduce player travel,” MLB deputy commissioner Dan Halem said.

Halem also mentioned that successfully-run operations could be converted to a full-season team.

An email sent to Staten Island Yankees CEO and president Will Smith, seeking comment, had not been answered at the time of publication of this story.

But a person with knowledge of the proposal thinks the New York Yankees like their current setup with the Staten Island Yankees and that they would send another minor league team to the borough or convert the current team.

“Sending rehabbing players to Staten Island is very convenient for the big-league club to lose,” said the person, who spoke on the condition of anonymity. “The New York Yankees like having the luxury of sending a player less than 40 miles to the Island to play some games to get back in shape. It’s in line with the proposal."

The same person all claimed that Richmond County Bank Ballpark at St. George is one of the nicer minor league ballparks in the region.

In 2019, the Staten Island Yankees celebrated their 20th year on the Island after relocating from upstate.

From the 42 teams that are being dropped, a Dream League of some sort may appear, said an MLB official. It would be e league of undrafted players looking to play professionally, much like the teams in the Independent League. The Dream League teams would be co-owned and operated by M.L.B. and Minor League Baseball. That would be quite different from the current setup in which most teams are independently owned and operated.

The last couple of years, the lack of compensation for minor league players has been a hot topic in baseball. Minor leaguers currently live off a stipend each week, which is tough especially for players who didn’t receive big bonuses, usually the ones drafted in the later rounds.

But by eliminating 42 teams, totaling around 1,000 players, there would be more money to pay the minor leaguers, which are expected to get a raise in the coming years. This condensing of teams would free up some money for the big-league clubs.

So this is another threat to get public money... Unfuckingbelieveable!
0 x
The Red Sox Suck!
Top

If this proposal were to happen the SI Yanks and Cyclones would become AA teams.
0 x
Top

Do you have a link?

Everything I have read cited contraction.

If that is so, good to hear.

rpimpsner wrote:If this proposal were to happen the SI Yanks and Cyclones would become AA teams.

Users browsing this forum: No registered users and 4 guests